A quintessential team man, Test cricket was a faraway prospect for the left-arm spinner from Gujarat. Now after scalping 13 wickets in three innings, he is turning out to be India’s star bowler. 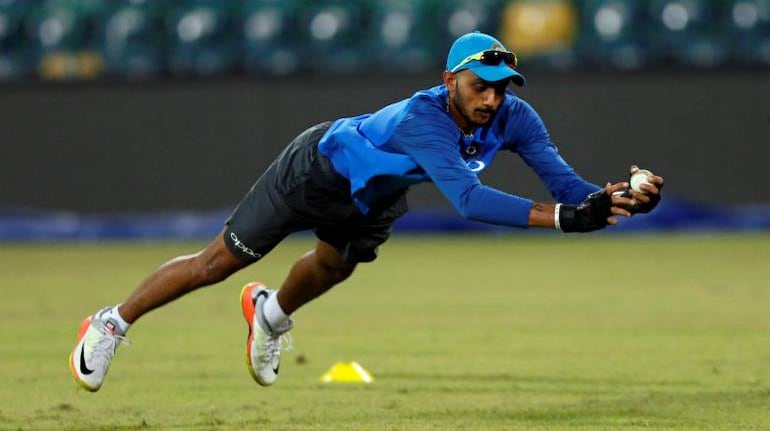 Axar Patel’s 6 for 38 in the first innings of the third Test against England triggered yet another collapse for the visitors.

A quintessential team man, Test cricket was a faraway prospect for the left-arm spinner from Gujarat. Now after scalping 13 wickets in three innings, he is turning out to be India’s star bowler

As far as atmospherics go, this was the top. A historic pink-ball Test match in Ahmedabad’s re-built Motera cricket ground, re-christened the Narendra Modi stadium moments before the toss, a good turnout of fans to watch the first day of the third Test match between India and England and a local lad providing the icing on the cake with some very special bowling.

Nothing could have warmed the cockles of the hearts of those present than Axar Patel’s 6 for 38 in England’s first-innings batting, which spectacularly collapsed from 74 for 2 to 112 all out.

The graph is on the up

Since his debut in the second Test at Chennai, played between February 13 to 16, Patel has been improving. If it was 2/40 in the first innings, his second innings figure of 5/60 became instrumental in India winning the match. Now, his 6/38 at Ahmedabad has once again set the stage for a big Indian win to take a significant lead in the Test series. Never on Indian soil has a visiting team won a Test after being shot out for 112 on the first day.

In just three innings, Patel has scalped 13 wickets at an astonishing average of 10.62! Not bad for someone who was not even supposed to be part of the squad if the first-choice all-rounder, Ravindra Jadeja, was fit for this series.

The riposte couldn’t be more fitting. For far too long, Patel was poor man’s Jadeja in white-ball cricket. His sensational start in pink-ball cricket demonstrates that he is hungry and desperate to prove his mettle as a Test cricketer.

It makes him the first Indian bowler in over 32 years—Narendra Hirwani was the last to achieve this feat—to pick two consecutive 5-wicket hauls in the first two matches of his Test career. Patel of course is also one of the nine bowlers from India with five wickets in his very first test.

Patel’s greatest weapon is his pinpoint accuracy, coupled with a special ability of not conceding too many runs in white-ball cricket, attributes that are serving him well in the game’s longest format.

“The dot balls create pressure even in Test matches because the mindset has changed for modern batsmen even in this format and that helps in getting wickets,” said a visibly thrilled Patel at his post-match presentation with host broadcaster, Star Sports in Hindi, at the end of the day’s play.

The dot balls create pressure even in Test matches because the mindset has changed for modern batsmen even in this format and that helps in getting wickets.
-AXAR PATEL

India’s star spinner, Ravichandran Ashwin, was hogging the limelight before Patel made his presence felt, as was evident during IPL 2020 when both Patel and Ashwin were part of Delhi Capitals.

For the left-arm spinner from Gujarat, who made his first-class debut at the age of 18 representing India in 49 games with the white ball, Test cricket appeared a trifle ambitious even a few months ago.

However, Ashwin’s mentorship seems to have worked wonders for Patel. “I and Ash have played a lot of cricket together and I have learnt a lot over the years about mindset from him. We have different actions and variations, so we generally talk about mindsets and working out various batsmen,” he said after his Test debut.

In his international career, Patel hasn’t got anything on a platter, but he has never been desperate either. Being patient is a rare virtue in modern cricketers, but he has confidently shown that he can miss a Test, with grace. Patel was in line for a debut during the first Test of the series at Chennai, but a knee niggle at the eleventh hour kept him out of the game.

At his debut at the same venue in the second Test, Patel showed why, as a team man, he was not desperate. “I didn’t want to play my first match with a niggle and if I broke down in the middle of the game, that would have put my team in trouble. It wouldn’t have been a good thing and I didn’t want that to happen,” he reasoned.

A comeback in international cricket after a gap of almost three years was made special when he took the prize wicket of English captain, Joe Root, who was in superlative form until then.

Fellow cricketers attest to Patel’s down-to-earth and simple nature. One of the better anecdotes comes from county cricket in England. Patel played for Durham in 2018 and on his debut quickly scored 95 off 99 balls in a low-scoring game. He had the opportunity to keep the strike and score a century, putting his trust in No 11 batsman, Chris Rushworth, who sadly, did not last a minute. Patel was denied a hundred.

According to Martin Emmerson of the Guardian, the local BBC radio reporter remembers asking Patel why he hadn’t tried to take the strike. “The gentleman at the other end told me he could bat,” he replied, with extreme politeness —and a straight face.

On dry pitches with variable turn and bounce, Patel becomes a lethal prospect. Perhaps that is what prompted captain Virat Kohli to introduce him after just six overs with the pink ball, even ahead of the great Ashwin. The results are for all to see.