The central government has told the Supreme Court that the Char Dham highway project was not linked or responsible for the glacier burst that killed several dozen people in Uttarakhand earlier this month. 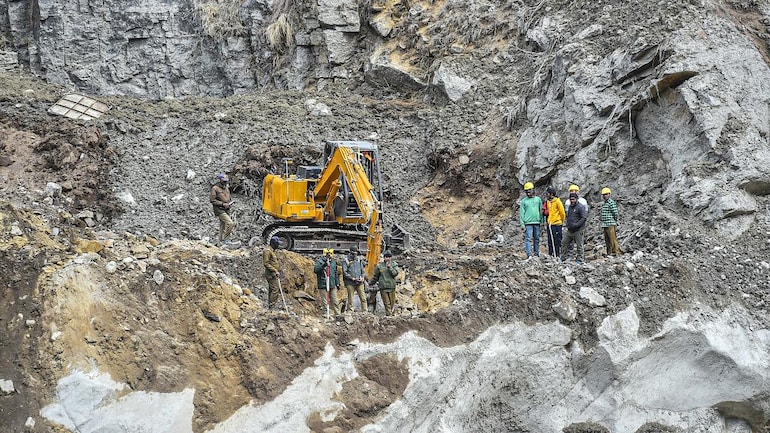 The Centre on Wednesday rejected the court-appointed High Powered Committee’s claim that the Char Dham highway project was linked to the recent flash floods on the Dhauliganga river, which killed many and damaged Tapovan hydro project in Uttarakhand, a report said.

Appearing before a Supreme Court bench headed by Justice Rohinton Nariman, Attorney General KK Venugopal, for the defense ministry, reportedly said that assertions made by the committee in the wake of the recent unfortunate disaster in Uttarakhand were not correct.

“The allegations of the HPC are not correct. I wish to file a response on behalf of the Ministry of Defence,” AG KK Venugopal submitted in SC.

According to a report in the Live Law, the SC bench granted the AG two weeks’ time for the same.

The highway widening project en route four pilgrimage sites in Uttarakhand has been under the SC scanner for its possible environmental impact on fragile Uttarakhand ecology.

In September 2020, the Supreme Court had directed the government to limit the road width to 5.5 meters as against the previously allowed 10-meter width for a two-lane road.

The Supreme Court had, in January, continued the interim order which directed to keep the road width at 5.5 Meter against the plan of the Ministry of Defence to have a road width of 10 Meters.

The decision, taken by a three-judge judge bench comprising of Justices Nariman, Navin Sinha and Indira Banerjee, was based on a report submitted by a Supreme Court-appointed high power committee to look into the highway project’s impact on the ecosystem and fragility of the mountain terrains in the area.

However, the government has since requested the court to reconsider its order and modify the permitted width of the road to at least 7.5 meters to allow the movement of army vehicles of the road as it goes along the India-China border.

ILO Report: Indians Work The Longest Weekly Hours And Have The Lowest Wages