The Cyberpunk 2077 update comes with version 1.12 and it is available for all PC users to download. 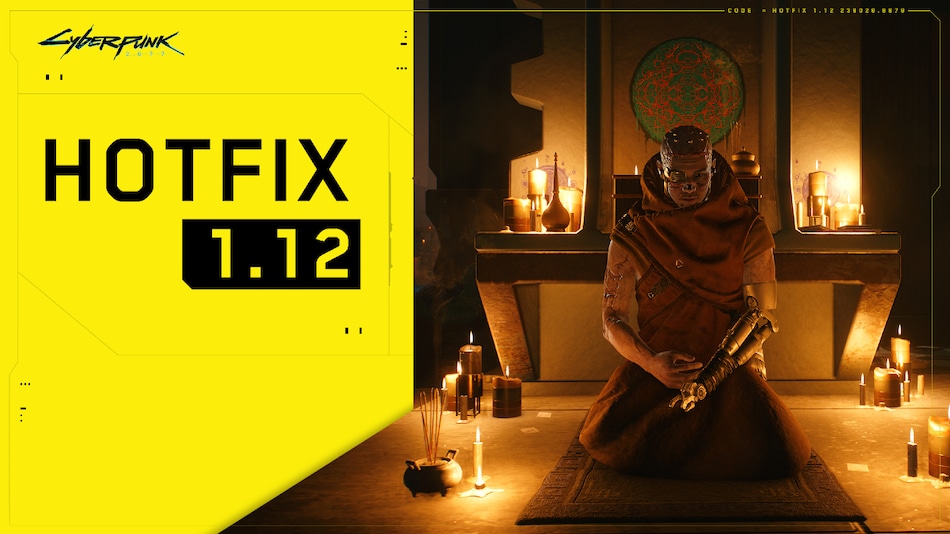 Cyberpunk 2077 hotfix 1.12 for PC users fixes a critical vulnerability related to custom save files and installing mods. The company had recently warned players against installing mods because of this issue, which it says has now been fixed. Developer CD Projekt Red had released modding support tools for Cyberpunk 2077 just last month. The changelog says that the hotfix addresses this vulnerability that could have been used as part of remote code execution. The Cyberpunk 2077 update 1.12 is available for all PC users to download.

CD Projekt announced the availability of hotfix 1.12 for Cyberpunk 2077 on PCs via the official Twitter handle of the game as well as its official blog. Along with the mods and custom save files vulnerability, the update also fixes a buffer overrun issue. The changelog also mentions removing/ replacing non-ASLR DLLs.

A few days ago, Cyberpunk 2077 warned users of the vulnerability in external DLL files that could be used by hackers to execute code on a user’s system. At the time, the company had said that they will release a fix, but users were advised to refrain from using files from unknown sources until then. The issue had surfaced just days after official modding support for Cyberpunk 2077 was introduced to allow players to customise and personalise their gameplay experience.

The update 1.12 is the latest in a long line of fixes that have been released for Cyberpunk 2077 ever since its launch in December 2020.

The patch 1.1 version update released last month to fix several issues on both PC and console versions also brought along a game-breaking bug that the company has since fixed.

Cyberpunk 2077 has been severely criticised in the past for being buggy. CD Projekt Co-Founder Marcin Iwinski had even posted an apology video for performance issues with the game.