The Prime Minister Office in a tweet sent condolences to the families of the bereaved and also announced an ex-gratia of Rs two lakhs to the families of those who lost their lives due to the fire. To douse the fire in the factory at Acchankulam village, ten fire fighting units from various locations had rushed to the spot. 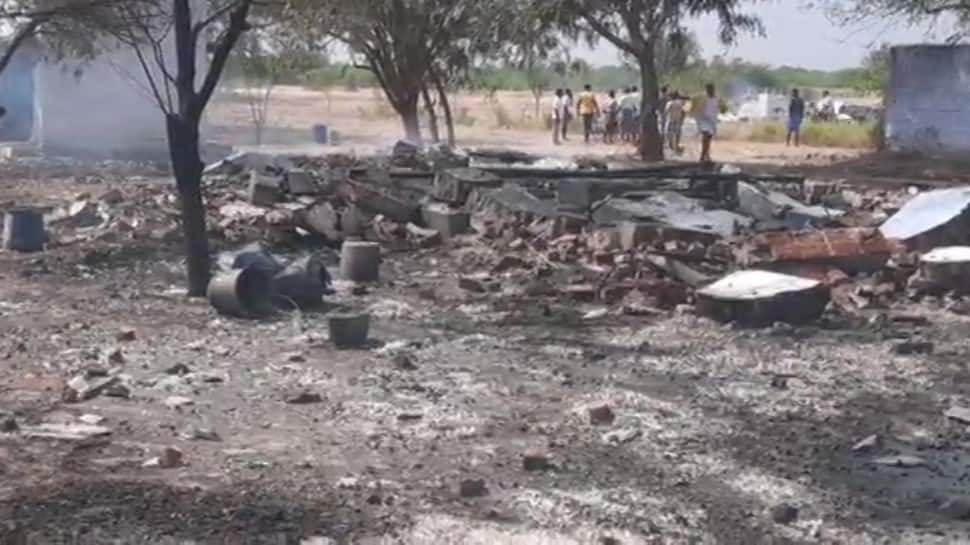 A fire broke out at a private fireworks factory in Virudhunagar, Tamil Nadu on Friday. At least six people have lost their lives in the fire incident so far as reported by news agency PTI. Initial reports by fire service personnel on-site said about 10 people were injured in the explosion, added PTI.

Quoting officials, PTI said that the incident happened while some chemicals were being mixed to produce fireworks.

A fire department official on the ground said that they informed of the incident by a call. To douse the fire at the Mariamman fireworks factory at Acchankulam village, ten fire fighting units from various locations rushed to the spot. Sattur and Sivakasi, Vembakottai fire stations also sent teams for firefighting and rescue.

The 33 injured persons sent to Sattur and Sivakasi government hospitals.

“Fire at a firecracker factory in Virudhunagar, Tamil Nadu is saddening. In this hour of grief, my thoughts are with the bereaved families. I hope those injured recovers soon. Authorities are working on the ground to assist those affected,” PMO tweeted.

It further added, “An ex-gratia of Rs. 2 lakh each has been approved from PMNRF for the next of kin of those who have lost their lives due to a fire in Virudhunagar, Tamil Nadu. Rs 50,000 would be given to those seriously injured.”