Reacting to MEA’s statement on the farmers’ protest, Punjab pacer Sandeep Sharma wrote, “By this logic no one should care about each other because every situation is someone’s internal affair.” Sandeep Sharma in action at IPL 2020 for Sunrisers Hyderabad. (File)

Sandeep Sharma, who plies his trade as a pacer for Sunrisers Hyderabad, voiced his support for Rihanna on Thursday after the international pop icon received flak on social media for tweeting about the ongoing farmers’ protest in India.

His comments came after the Ministry of External Affairs reacted sharply to tweets by Rihanna, teen climate activist Greta Thunberg and others on the protests.

Rihanna, who has 100 million followers on Twitter, on Tuesday posted, “Why aren’t we talking about this?! #FarmersProtest,” linking a CNN report.

The 27-year-old bowler, who has 109 IPL wickets in 92 matches, posted an image on Twitter but later deleted it. “By this logic no one should care about each other because every situation is someone’s internal affair,” read the caption.

“Many people, including the Indian External Affairs Ministry, have criticized the famous singer Rihanna for having supported the Indian farmers, saying it is the internal affair of India,” read the image. 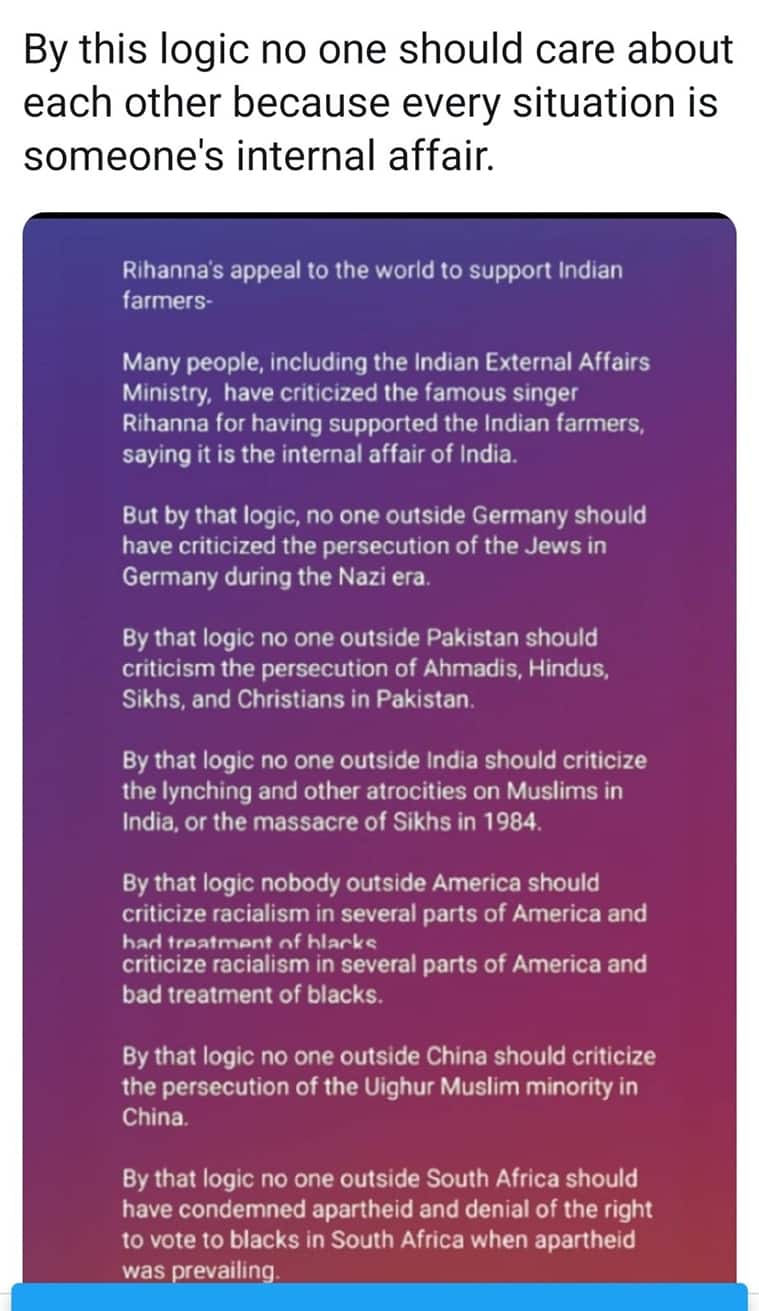 “After all, these were internal affairs of those countries,” he concluded.

“India’s sovereignty cannot be compromised. External forces can be spectators but not participants. Indians know India and should decide for India. Let’s remain united as a nation. #IndiaTogether #IndiaAgainstPropaganda,” tweeted Sachin.

“Let us all stay united in this hour of disagreements. Farmers are an integral part of our country and I’m sure an amicable solution will be found between all parties to bring about peace and move forward together. #IndiaTogether,” he wrote.

Thousands of farmers, mainly from Punjab and Haryana, have been camping at several Delhi border points since November last year, demanding the government to repeal the three farm laws and legal guarantee of MSP for their crops.

Sites of the farmer protest at Delhi’s borders have turned into fortresses with the police beefing up security and putting up multi-layer barricades.