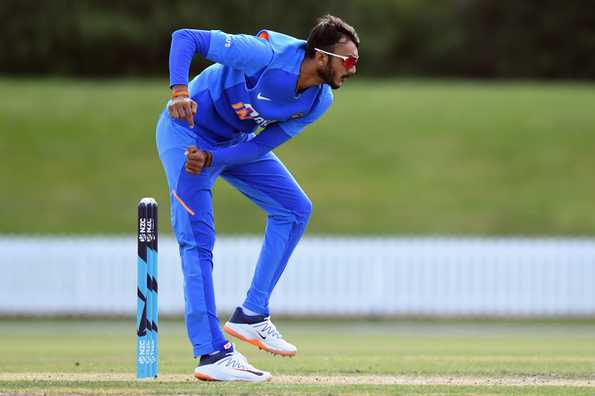 Axar Patel was called up to the squad as a like-for-like replacement for Ravindra Jadeja. © Getty

The injury bug hasn’t left India’s Test team just yet. Left-arm spinner Axar Patel became the latest casualty after he was ruled out of the opening Test against England in Chennai with a knee injury. A BCCI media release stated that the 27-year-old complained of pain in his left knee during the team’s optional practice session on Thursday (February 4).

Shahbaz Nadeem and Rahul Chahar, who have been training with the team as part of the standby group of players, have been added to the squad.

The uncapped Axar’s inclusion in the Test squad may have been seen as a left-field call in some quarters, but it was a concerted move from the team management to find an almost like-for-like replacement for Ravindra Jadeja, who dislocated his thumb in Australia.

“The reason was basically to have someone very similar to Jadeja’s skillset, which Axar brings in, in all three departments of the game,” Virat Kohli said on the eve of the first Test. “That was the reason behind picking him. That falls directly into our plans. Because Jaddu was not available, Axar was preferred because he brings in the same kind of discipline,” Kohli added.

BCCI’s medical team will continue to monitor Axar while detailed reports of his injury are yet to be obtained.

Hima Das inducted as DSP in Assam, says will continue her athletics career