As per the study published in JGR Planets, the data collected by the rover since 2012 provided the details about the chemical and physical state of the rocks that were formed in the lake. 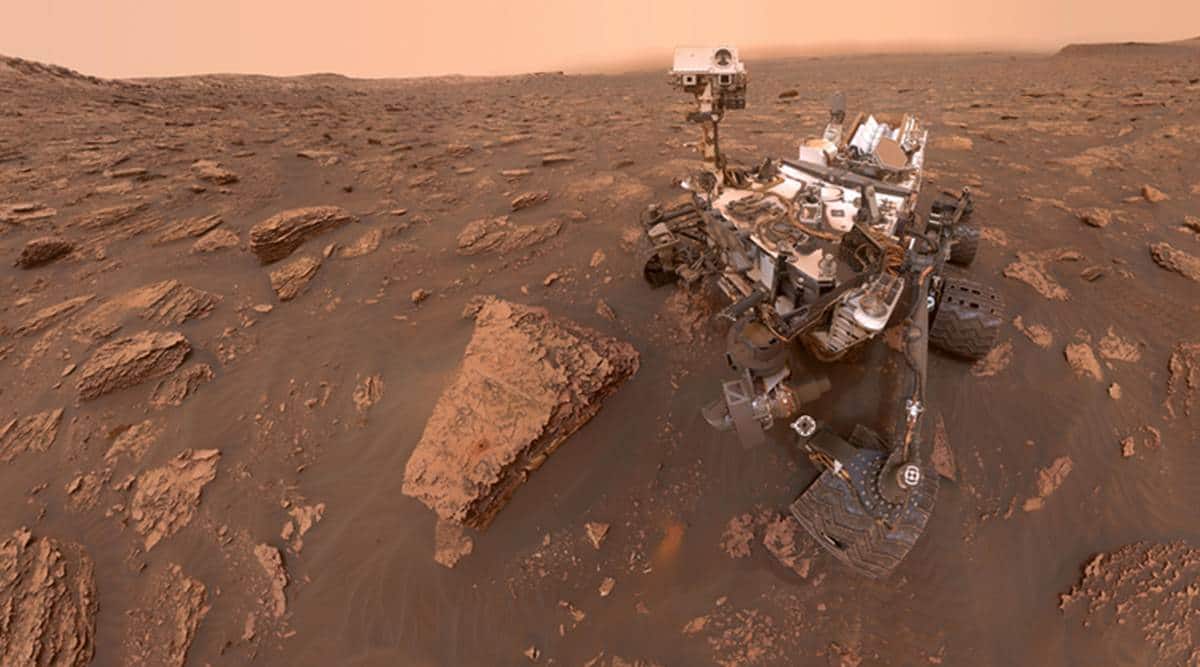 In a NASA photo, a self-portrait taken by NASA’s Curiosity rover at the Gale Crater, at the center of which stands Mount Sharp, a 3.4-mile-high mound, June 15, 2018. Mars, it appears, is belching a large amount of a gas that could be a sign of microbes living on the planet today. (File Photo: NASA/JPL-Caltech/MSSS via The New York Times)

More than three billion years ago, Mars Gale crater had seasons and terrain that were close to that of Iceland’s. A study by Rice University scientists using the data from the National Aeronautics and Space Administration’s (NASA) Curiosity rover suggests that the crater which was home to an ancient lake had similar geologic formations that underwent weathering in different climates when compared to places on Earth.

As per the study published in JGR Planets, the data collected by the rover since 2012 provided the details about the chemical and physical state of the rocks that were formed in the lake. However, these details are not enough to reveal the climate conditions or whether the sediment was a result of upstream or not. In order to draw the conclusion, researchers resorted to a comparison of the data with places on our planet.

So far, it has been established that the Gale crater was home to a lake but there is an argument whether the conditions were warm and wet or cold and dry which would make glaciers and snow more common and similar to Iceland.

“Sedimentary rocks in Gale Crater instead detail a climate that likely falls in between these two scenarios,” said Thorpe, a Mars sample return scientist at NASA Johnson Space Center contractor Jacobs Space Exploration Group. “The ancient climate was likely frigid but also appears to have supported liquid water in lakes for extended periods of time.”

The findings that shocked researchers was the little weathering of rocks on the Red planet despite being there for more than three billion years.

“On Earth, the sedimentary rock record does a fantastic job of maturing over time with the help of chemical weathering. However, on Mars we see very young minerals in the mudstones that are older than any sedimentary rocks on Earth, suggesting weathering was limited,” Thorpe explained in the release.

The comparison was not just limited to Iceland but places like Idaho, Antarctica and even Hawaii to study the effects of weathering, climate and other factors. But, after an analysis of chemical and physical weathering of a sample using the standard chemical index of alteration, the conditions of Iceland and Idaho were found to be the closes for comparison.

“As water flows through rocks to erode and weather them, it dissolves the most soluble chemical components of the minerals that form the rocks,” said Martian geologist Kirsten Siebach. “On Mars, we saw that only a small fraction of the elements that dissolve the fastest had been lost from the mud relative to volcanic rocks, even though the mud has the smallest grain size and is usually the most weathered.

“This really limits the average annual temperature on Mars when the lake was present, because if it were warmer, then more of those elements would have been flushed away,” Siebach said.

In 2020, a research study published in Scientific Reports suggested that around four billion years ago floods of unimaginable magnitude washed through Gale Crater on Mars’ equator. The researchers came to the conclusion after studying the data collected by the Curiosity rover.