Bollywood actress Shraddha Kapoor has been enjoying her tropical vacation in the Maldives to the fullest as seen in her gleeful and sun-kissed pictures on Instagram. The actress recently shared a picture of her enjoying a “floating breakfast” while lounging in the pool outdoors.

New Delhi: Bollywood actress Shraddha Kapoor has been enjoying the beautiful beaches and deep blue oceans of Maldives as seen on her Instagram posts.

Similarly, yesterday, the actress took to her Instagram story to show fans the ‘Maldives way’ of enjoying a good breakfast and as seen in her photo, it is best enjoyed while lounging in the pool!

In the picture, Shraddha can be seen sitting in the hotel pool with a floating tray of breakfast in front of her. The tray has a variety of breakfast foods on it including fresh fruits and healthy juices. The ‘Baaghi 3’ actress can be seen wearing a straw hat with her name written on it.

Along with the picture, she wrote, “Floating breakfast this morning” with a palm tree and smiling emoji.

Have a look at the picture: 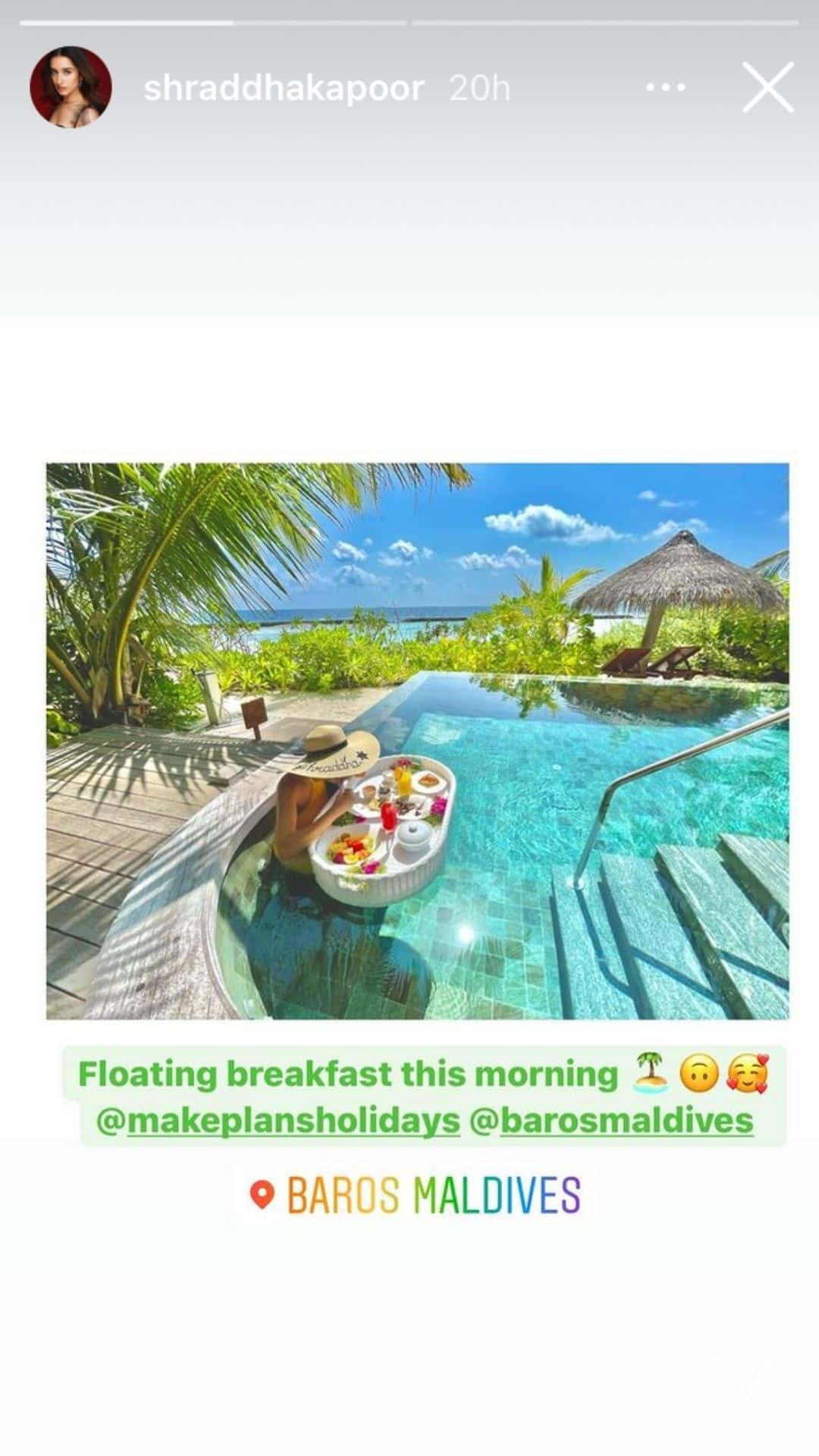 Earlier, she had posted a picture of herself breathing in the ocean air of Maldives as she was standing at a sun deck. She captioned the photo saying, “Running back to nature!!!”

On the work front, Shraddha was last seen in ‘Street Dancer 3D’ and ‘Baaghi 3’. She will next be seen in a double role for the first time in Pankaj Parashar’s new film ‘Chaalbaaz In London’ and an untitled Luv Ranjan romantic drama with Ranbir Kapoor marking her first collaboration with the actor.