Tamil hero Karthi also has a good following in Tollywood. His films are well received by the Telugu audience. Karthi’s last film ‘Khaidi’ was dubbed in Telugu and was a great success. Now he has come to make a fuss at the Tollywood box office as the ‘Sultan’. This is Karthi’s latest film after super hits like ‘Prisoner’ and ‘Thief’. Rashmika Mandanna is the heroine. Bakkiyaraj Kannan is the director. Created as an action entertainer, the film was released on the Dream Warrior Pictures banner. Prakash Babu, Y.S.R. Built by the Lord. Telugu and Tamil languages ​​yogibabu made the film, Napoleon, Lal, ramacandraraju ( ‘kejiyaph fame) played leading roles. The teaser, trailer and songs already released from the film have received a good response and have also raised expectations. And did the ‘Sultan’ receive those expectations? Karthi, To what extent did the Rashmika Mandanna duo impress the audience? Let’s see in the review. 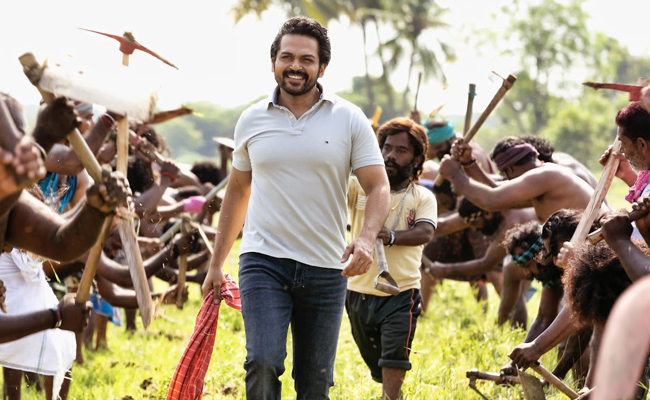 Story
Vikram Sultan (Karthi) is a robotic engineer in a company in Mumbai. His father Sethupathi (Napoleon) was a don. Near him are 100 bullies called Kauravas. The Sultan, however, did not like rhetoric. But an unforeseen event causes him to take responsibility for the 100 bullies he considers his brothers. With this, the Sultan went with his 100 brothers to the village of Velagapudi in Amravati. There he falls in love with Rukhmini (Rashmika Mandanna). But the village with the same Rukmini finds out that there is a big problem and solves it. What is the real problem with that village? Why did the Sultan take charge of 100 people? What did Carty do with her cousins? That’s the rest of the story.

Actors
always choose experimental stories .. This time too he chose a different storyline. Impresses the audience with body language that is appropriate for the character. In the role of Sultan. He looked stylish and energetic on screen. Performed wonderfully in fight scenes. Kannada beauty Rashmika Mandanna has said goodbye as a village girl. She is a complete de-glamorized character. Rashmi can be seen in a new role. Napoleon showed his experience in the role of the hero’s father. ‘KGF’ fame Ram performance in villain role is good. Also another villain Nawab Shah also did a good job. Yogibabu and others acted according to the range of their roles. 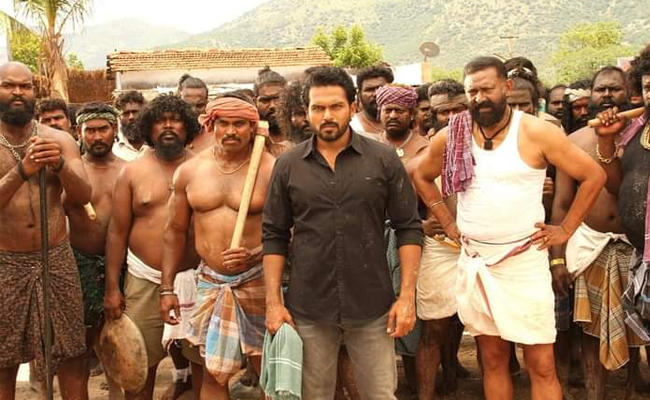 Analysis
In the Mahabharata, what if Krishna was on the side of the Kauravas and not on the side of the Pandavas? Director Bakkiyaraj Kannan directed the film ‘Sultan’ with a small point. The film tells the story of a younger brother with hundreds of brothers. However, the concept is new .. but the director failed to show it on the screen. Routine back drop seems to show the screen with the elements that today’s generation wants. 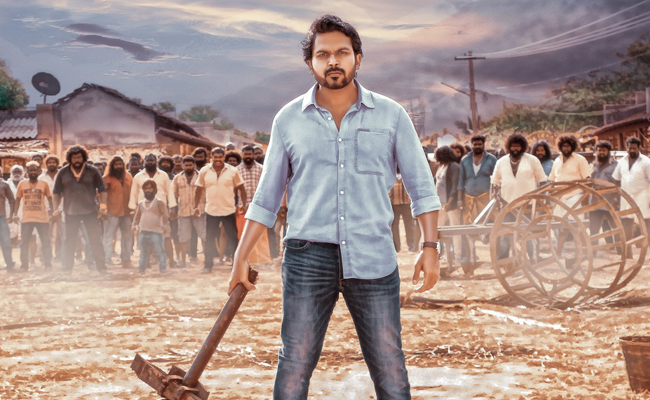 The director who led Faustoff as a whole full comedy .. showed the original story in the second half. However, the length of the film is a bit too much for the audience to feel embarrassed. Despite being a star villain like ‘KGF’ fame Ram, the inability to shape their character is a negative. Logic is also missed in some action sequences. But, the love scenes between Karthi and Rashmi are gone. The chemistry between the two of them on screen is well done. Vivek – Mervyn songs, Yuvan Shankar Raja background music is good. Editor Reuben has to say his scissors work well. It would be nice to cut a lot of scenes as crisp as possible. The cinematography and production values ​​are up to the standard of the film.

Video: Nayanthara looks stylish as she travels to Kochin with her beau Vignesh Shivan on their private jet

Tamannaah Bhatia posts photo from private jet, fans ask ‘why is Virat Kohli sitting in the back’

Video: Nayanthara looks stylish as she travels to Kochin with her...

Video: Nayanthara looks stylish as she travels to Kochin with her...