Some current and former cricketers, including Anil Kumble, Suresh Raina and Shikhar Dhawan, tweeted using the hashtags #IndiaTogether and #IndiaAgainstPropaganda as well. 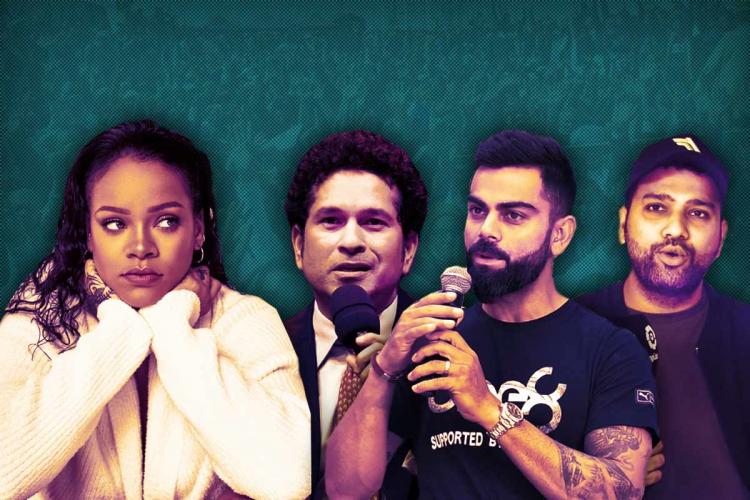 Sachin Tendulkar and several other current and former cricketers tweeted in support of the government on Wednesday evening, using the hashtags #IndiaTogether and #IndiaAgainstPropaganda. The two hashtags had been issued in a statement by the Ministry of External Affairs, which questioned support for the farmers’ protest from international personalities.

Sachin, in his tweet, referred to “external forces” and urged them against being “participants,” while noting “Indians know India and should decide for India.”

“India’s sovereignty cannot be compromised. External forces can be spectators but not participants. Indians know India and should decide for India. Let’s remain united as a nation.#IndiaTogether #IndiaAgainstPropaganda,” Sachin tweeted on Wednesday.

Indian cricket captain Virat Kohli while tweeting with the hashtag IndiaTogether, highlighted that farmers are an integral part of India. “Let us all stay united in this hour of disagreements. Farmers are an integral part of our country and I’m sure an amicable solution will be found between all parties to bring about peace and move forward together. #IndiaTogether,” he tweeted.

Former captain Anil Kumble appeared to criticise international personalities in this tweet. He wrote, “As the world’s largest democracy, India is more than capable of taking her internal issues to amicable solutions.”

Suresh Raina also tweeted, “Everything can be resolved through amicable and unbiased dialogue.”

And Shikhar Dhawan stated, “Reaching for a solution that benefits our great nation is of utmost importance right now.”

Commentator Ravi Shastri tweeted, “This is an internal matter which I’m sure will be resolved through dialogue.”

Pop star Rihanna on Tuesday tweeted, “why aren’t we talking about this?! #FarmersProtest, while linking to a CNN report on the internet shutdown near the protest. Rihanna has over 100 million followers on Twitter. Environmental activist Greta Thunberg also tweeted in support of the farmers, saying “We stand in solidarity with the #FarmersProtest in India.”

Greta Thunberg tweeted a toolkit for those who wanted to help amplify the farmers protest. The toolkit designed by supporters of the protest listed out how global celebrities can pitch in and what they can tweet.

Several right wing Twitter handles accused Rihanna, Mia Khalifa, Greta Thunberg and others of being part of a ‘paid conspiracy’, even as Indian celebrities who extended support to the government were lauded.

Though the MEA did not name the singer in its statement, it stated that the protests were being done by “a small section of farmers” and said her response was not “accurate” or “responsible.”  “The temptation of sensationalist social media hashtags and comments, especially when resorted to by celebrities and others, is neither accurate nor responsible,” the statement said.

Thousands of farmers, mainly from Punjab and Haryana, have been camping at several Delhi border points since November last year, demanding the government to repeal the three farm laws and legal guarantee of minimum support price (MSP) for their crops. The protest sites have been turned into fortresses with police putting up multi-layer barricades and concertina wires to stop the movement of vehicles. The strengthened security measures at the agitation sites across the Delhi borders come after the violence during the Republic Day tractor parade.