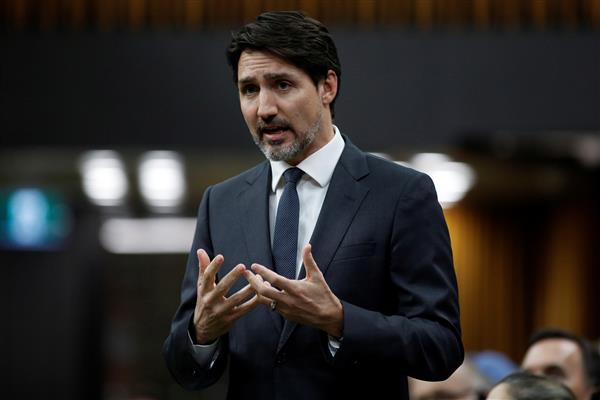 The Foreign Office on Friday said Canadian Prime Minister Justin Trudeau, in his telephonic conversation with Prime Minister Narendra Modi on Wednesday, had spoken approvingly of New Delhi’s handling of the farmers’ protests.

“On the farmers’ protests, PM Trudeau commended efforts of the Government of India to choose the path of dialogue as befitting in democracy,” said MEA spokesperson Anurag Srivastava.

“He (Trudeau) also acknowledged the responsibility of his government in providing protection to Indian diplomatic premises and personnel in Canada,” he added.

The Internet has been speculating about Trudeau’s disapproving tone about the farmers’ protests during his phone conversation with PM Modi.

Canada’s readout of the conversation had avoided a slant by simply stating that among the subjects discussed were “India’s commitment to democratic principles, recent protests, and the importance of resolving issues through dialogue”.

Trudeau was rapped by the MEA late last year for weighing in on the farmers’ protests.

The Modi-Trudeau conversation took place against controversy in Canada over the government’s handling of vaccine purchases.  The Canadian health minister refused to answer whether Ottawa would be dialing up PM Modi to make up for the slow supply of vaccines from Europe.

Soon after the talk, New Delhi had put out a social media post that said PM Modi had assured the Canadian PM of India doing its best to provide vaccines sought by Canada.

This was followed up by a more expansive MEA readout which stated that “PM Trudeau informed PM Modi about Canada’s requirements of vaccines from India. PM Modi assured the Canadian PM that India would do its best to support Canada’s vaccination efforts, just as it had done for many other countries already”.

On the other hand, the Canadian readout avoided mentioning that it was being forced to lean on India for vaccine supply despite a slight chill in ties after Trudeau had commented on the farmers’ protests.

Ottawa said, “The two leaders had an exchange on their respective efforts to fight the pandemic, protect the health and safety of their people, and provide economic support for their citizens. PM Trudeau and PM Modi spoke about India’s significant efforts in promoting vaccine production and supply, which have provided vital support to countries around the world.

“The two leaders agreed to work together on access to vaccines. The leaders also recognized the need for continued global coordination to respond to the pandemic and to promote recovery,” it added.

Pak went back on its F-16 promise to US. How India fixed the gaps with Rafale