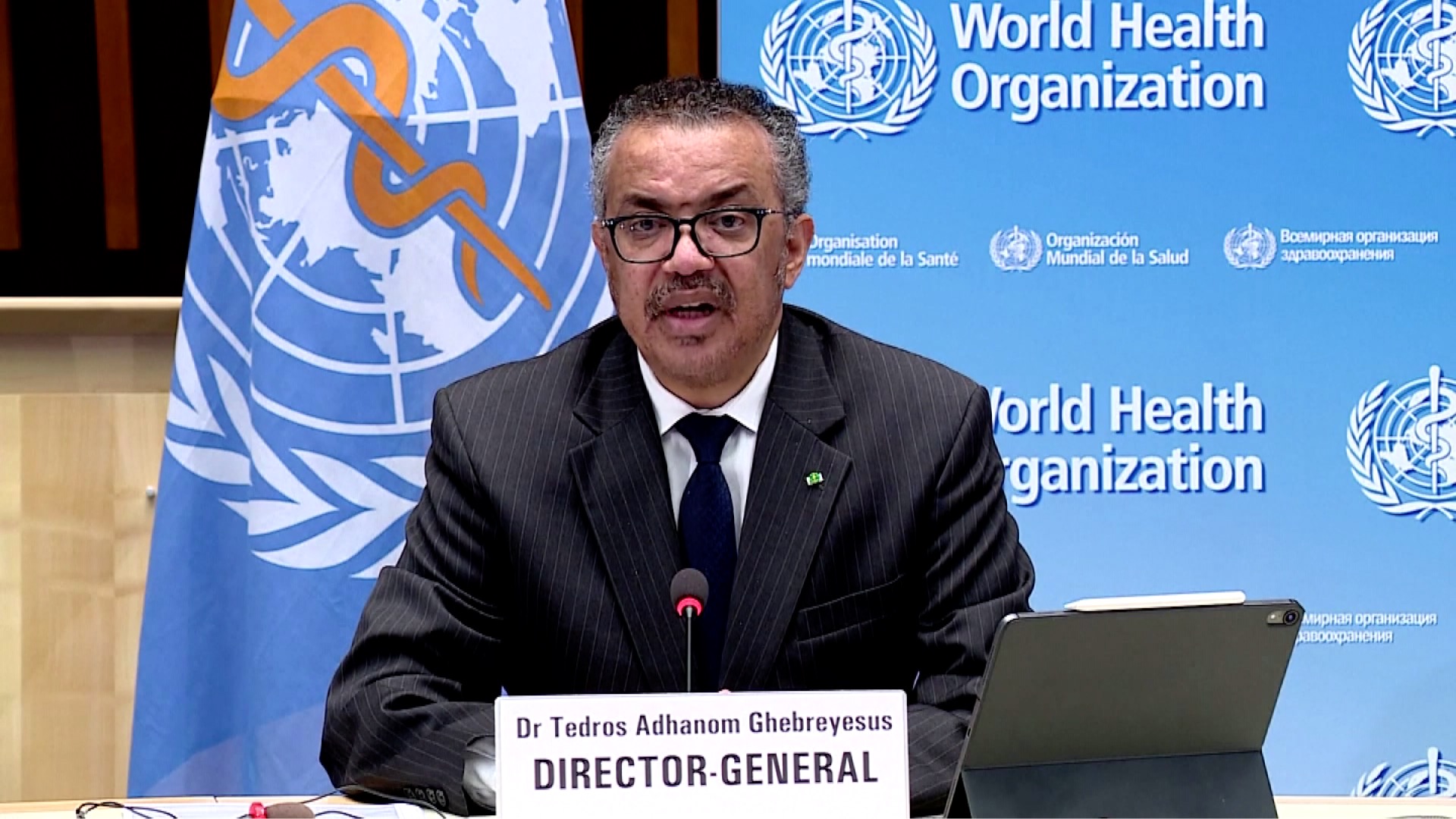 The World Health Organization (WHO) on Friday called on COVID-19 vaccine manufacturers to scale up production significantly and urged countries to share vaccine doses once they finish vaccinating their priority populations.

Reiterating the negative impact of inequitable access to COVID-19 vaccines worldwide at a press briefing, WHO Director-General Dr. Tedros Adhanom Ghebreyesus said that globally the number of vaccinations has overtaken the number of reported infections, which he described as “a good news and a remarkable achievement in such a short timeframe.”

“But more than three-quarters of those vaccination are in just 10 countries that account for almost 60 percent of global gross domestic product (GDP),” while “almost 130 countries, with 2.5 billion people, have yet to receive a single dose,” he said.

“All governments have an obligation to protect their own people,” Tedros said. “But once countries with vaccines have vaccinated their own health workers and older people, the best way to protect the rest of their own population is to share vaccines so other countries can do the same.”

“The longer it takes to vaccinate those most at risk everywhere, the more opportunity we give to the virus to mutate and evade vaccines,” he warned. “Unless we suppress the virus everywhere, we could end up back at square one.”

The WHO chief also urged vaccine manufacturers to ramp up production, calling on them to issue non-exclusive licenses to allow other producers to manufacture their vaccines, just as they did in the past to expand access to treatments for HIV and hepatitis C.

“Expanding production globally would also make poor countries less dependent on donations from rich ones,” Tedros said. “These are unprecedented times and we applaud those manufacturers that have pledged, for example, to sell their vaccines at cost.”

He encouraged the world’s vaccine manufacturers to share their dossiers with the WHO faster and more fully so that the latter can review them for emergency use listing.

As the world is struggling to contain the pandemic, vaccination is underway in some countries with the already-authorized coronavirus vaccines.

Meanwhile, 238 candidate vaccines are still being developed worldwide – 63 of them in clinical trials – in countries including Germany, China, Russia, Britain and the United States, according to information released by the WHO on February 2.

Why Are Meals Prepared At Home The Best Choice For People With Diabetes?